We visited the chateau during our visit to Saint Avit Loisirs campsite where we stayed with Eurocamp. Within this article you’ll be able to find out some information about the castle before you visit.

Chateau de Castelnaud has a chequered and interesting past. The original castle was built during the 12th century to face it’s rival the Chateau de Beynac which can be seen further down the Dordogne river to the left. In the 12th century the castle belonged to Bernard de Casnac.

Bernard de Casnac was a supporter of the Albigensian or Cathar religious group which was prevalent in the south of France in the 13th century.

In the early part of the 13th century Pope Innocent III initiated a Albigensian or Cathar Crusade to eliminate supporters of Cathar religious beliefs. In around 1214 during these crusades, a northern baron in the name of Simon de Montfort captured Chateau de Castelnaud and then lost it back to Bernard de de Casnac a year later.

A short time later the castles destruction was ordered by the Archbishop of Bordeaux and so it was burned to the ground.

The destruction of the Chateau de Castelnaud was not it’s end however. Due to it’s strategic position, the castle was rebuilt during the 13th century and continued to take it’s place in history.

In the following hundred years the Chateau de Castelnaud changed hands between the English and French approximately 7 times before finally coming under French control in 1442 following a three week siege.

In 1453 the Hundred Years War ended and the Caumont family regained control over the castle. The castle was subsequently rebuilt and reinforced with the artillery tower being constructed in 1520.

As the years went by, Chateau de Castelnaud became less comfortable to live in and so the Caumont family set up home elsewhere. As a result following the French revolution in 1789, the castle became neglected and eventually overgrown.

It wasn’t until 1966 that the Chateau de Castelnaud was listed as an historic building and renovation began. A variety of images can be seen in the courtyard of the subsequent reconstruction and renovation that took place.

It doesn’t matter what age you are a visit to Chateau de Castelnaud will leave you filled with joy. Our children loved the visit and to be honest so did we. Inside the Chateau you’ll find a variety of rooms filled with artefacts from throughout the centuries.

The artillery tower is where the majority of people start their tour of Chateau de Castelnaud. At the foot of the tower you’ll find a small gate, known as the postern gate. The postern gate was used to exit the tower in order to initiate counter attacks on those attacking the castle.

The tower itself was added to the castle in the 16th century and has walls which are around 5 meters thick. As gunpowder and weapon technology increased it was necessary to have a place where the castles inhabitants could place their canons and weapons.

As you enter the artillery tower on the ground floor you’ll find a small canon know as a falconet and a relatively small staircase leading up to the armoury and the second floor.

On the second floor you’ll discover different types of canons and you’ll also notice a square trapdoor which is a lift system that allowed for munitions and parts to be transferred between floors easily.

Stairs lead from the second floor up to the third floor of the artillery tower where you’ll find yet more interesting weapons including a fantastic 12 barrelled gun which would have sprayed the battlefield with lead balls killing or maiming anyone in it’s way.

Once you get to the third floor, don’t forget to have a look out of the window. The views from here are truly spectacular.

The paintings room contains a variety of wall art which was created in recent times but using traditional methods. Don’t forget to view the video on how the paintings were made. Also in the paintings room you’ll find some armour, including chain mail, 2 full suits of armour, and a horse and rider dressed in armour.

The castles keep is separated into two being the upper and lower keep. The lower chambers hold a vast selection of crossbows from throughout the ages. The crossbows shown would have been used for battle or for hunting and would have been used by either infantry or calvary. The crossbow was superior to the standard bow as it could be fired over longer distances and was more accurate.

The upper keep contains a variety of furniture that dates from the 14th and 15th centuries but the most impressive part is the wooden gallery. Here you’ll have a fantastic view of the surrounding area and see exactly how soldiers would have defended the castle from the wooden gallery on which you can walk.

The ballistic room contains many model replicas of the various ballistic machines that would have been used during the castles lifetime. The great variety of trebuchets allow you to get a real feel of how they would have worked.

The weapons room, as you’d expect, contains a whole variety of different weapons that would have been used to defend the castle. Some of the weapons you’ll see, include: daggers, swords, hammer and mace, poleaxe and pikes.

We loved spending some time in this room and the children were amazed by all the different types of weapons.

Outside the main chateau but still within the walls you’ll find a forge where displays are held throughout the day and some truly wonderful views of the surrounding countryside. From here you can see why the chateau was built where it stands.

Finally you can see some of the herbs and plants that would have been grown in the walled garden. These were normally only grown for medicinal purposes.

If you’ve got the chance to visit Chateau de Castelnaud we’d thoroughly recommend it. We went during high season and bearing in mind we spent several busy hours wandering around the castle and its ground we were surprised at just how cheap it is to visit. It’s also advisable to go early, as later in the day it does get busy and also you benefit from discounts by visiting prior to 1300 hours. Adult entry prices are €9.60 or €8.60 before 1300 hours in July and August and children aged 10-17 are €4.80 or €4.30 before 1300 hours in July and August. Those children under 10 get in for FREE.

If you’d like to find out more about Chateau de Castelnaud you can visit their website here. 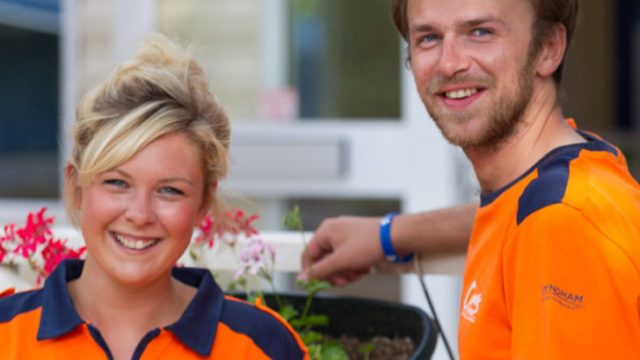 10 Best Canvas Holidays campsites in France. Including award-winning campsites in Brittany, The Alps, and the south of France. 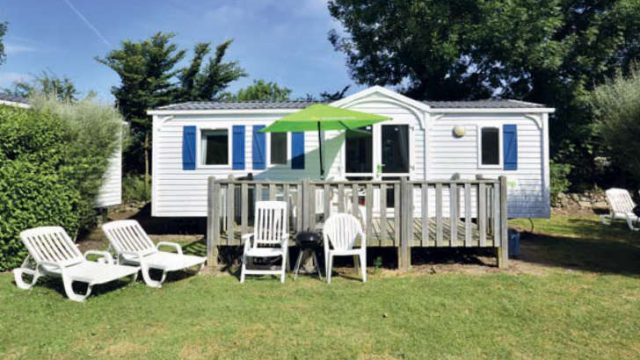 The Eurocamp Comfort range of holiday homes are modern and well equipped mobile homes. Find out more about the Comfort, Comfort Vista and Comfort XL models 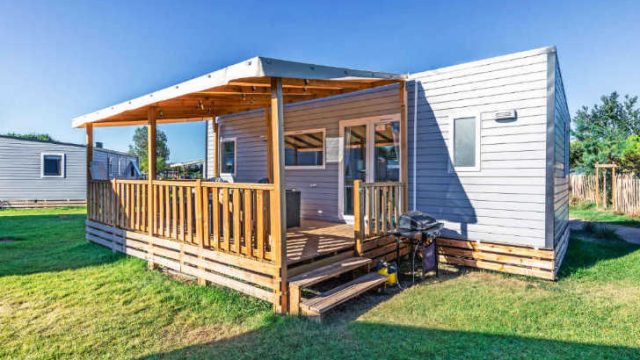 Al Fresco Holidays Toscanini mobile homes are one of the newest and more stylish ranges of accommodation. Therefore Al Fresco Holidays have made them available across a number of their campsites in France and Europe.