Our Top 10 popular tourist attractions in Paris list has been put together as Paris is without a doubt one of the most popular capital cities in the world and although exploring such a large city for the first time can seem quite daunting, there are a few special tourist attractions that you should focus on seeing when you arrive.

In excess of 15 million people visit Paris each and every year to see the vast array of stunning attractions. Paris is filled to the brim with romance, culture, history and excitement, so whether you’re planning on visiting Paris as a couple on a romantic city break, on a family holiday to explore the historical monuments and sights or by yourself, there’s plenty to keep everyone busy.

Below you’ll find our Top 10 popular tourist attractions in Paris which are a must see if you’re planning to visit this wonderful city.

The Eiffel Tower is located on the Champ de Mars and is possibly one of the most famous buildings in the world. Standing at around 324m the Eiffel Tower is named after the engineer Gustave Eiffel who designed it in 1889. There are 1665 steps in the tower to reach the top however don’t be put off as there are lifts available. The tower sees approximately 7 million visitors per year take the journey to the top which makes it one of the most visited paid monuments in the world.

It’s best to pre book tickets to ascend the tower to cut down on waiting times. These can be booked online prior to your attendance or beforehand at one of the ticket booths.

Le Louvre is one of the best museums in the world and holds a whole wealth of different artefacts and antiquities. One of the most spectacular and well known icons at Le Louvre is the glass pyramid which lies at the entrance to the museum which was added in 1989.

If your planning to visit Le Louvre, you’ll need to allow the whole day to do so. There are rooms, upon rooms filled with paintings, sculptures and historical items from around the world and from throughout the centuries located within the museums walls. One of the most famous and iconic items within the museum if the Mona Lisa although in our opinion there are plenty of more stunning items located in Le Louvre which are far more impressive.

One of the most popular monuments in Paris is the Arc de Triomphe. Standing at 50m high this wonderful monument is located in the centre of the Place de Charles de Gaulle which is at the western end of the Champs Elysees.

Build in 1806 the Arc de Triomphe depicts a variety of battles and honours those soldiers who fought bravely during the French Revolution and Napoleonic Wars. The Arc de Triomphe is also home to the tomb of the Unknown Soldier from World War 1 which is located beneath the arch.

Notre Dame Cathedral is one of the finest and most famous cathedrals in the world and is thought to be one of the best examples of French Gothic architecture in France. Construction of the cathedral commenced in approximately 1163 with construction being completed in 1345.

The architecture of the cathedral is most impressive with it’s range of spires, stained glass and stonework including its gargoyles. Notre Dame Cathedral suffered large amounts of damage and desecration specially as a result of the French Revolution however Napoleon ordered major restoration works. The cathedral is a spectacular monument and is well worth visiting and for those who embarck on a Seine river cruise, the views from the river are awe inspiring.

The Sacre Coeur Basilica is a popular landmark and monument which stands high on the top of Montmartre hill, which is the highest point in Paris and looks out across the city. Approximately 10.5 million people visit the Sacre Coeur each and every year and it’s not surprising why. The view of the building from the outside is spectacular especially during summer evenings and a 234 step climb to the top of the dome allows you to see one of the best panoramic views of this wonderful city.

The Palace of Versailles is a world renowned UNESCO world heritage site which sees around 5.9 million visitors each year. The palace started off as a royal hunting lodge in 1623 but quickly became the centre for the French Royal Court and government in 1682 under Louis XIV. Inside the palace you can explore in excess of 700 rooms filled with interesting and amazing architecture and artefacts whilst outside you can explore the amazing formal geometrically designed gardens with its walkways, canals, terraces and fountains.

There is a lot to see at the Palace of Versailles so ensure you plan your visit prior to attending.

Although not specifically an attraction the Seine River Cruises are one of the best and most popular ways to see Paris in all its glory. You can choose to take a trip down the river during the morning, afternoon or evening and can even include a meal with your journey. During the cruise you can see many of the major attractions including the spectacular bridges over the Seine, Notre Dame and the Eiffel Tower however it’s at night that the sights of Paris really come alive with many of the attractions being lit up. If you’re looking to get some great photos of the attractions and monuments from a slightly different perspective then a trip on a Seine River Cruise boat is for you!

The Musee d’Orsay is located in what was once a railway station along the banks of the River Seine. The museum is a must for all art lovers, housing one of the worlds most impressive collection of paintings, sculptures, furniture and photography dating from 1848 to 1915.

Within the museum you’ll find works from some of the great artists of their time including Degas, Monet, Gaugin, Van Gogh, Delacroix and many many more.

If you’re into art then the Musee d’Orsay is somewhere you really must visit when you come to Paris.

The Paris catacombs are an intriguing sight beneath the city and consists of an interesting underground network of tunnels and passages which were originally dug during the building of the cities monuments.

During the 18th century the remains of Parisians which once filled the cities cemeteries were exhumed and transported to the underground tunnels where their remains were arranged neatly along the walls.

There are regular tours of the catacombs which will take you on an underground journey of discovery beneath the city and delve into the history held within the passages.

The Centre Georges Pompidou is dedicated to both modern and contemporary art with a great variety of film, theatre performances, literature and visual art. The building itself is a work of modern art with many of its pipework and electrical engineering being on show and acting as art in its own right.

The centre is known by many Parisians as the centre of art and culture for the city and as such is extremely popular with visitors and locals alike.

We hope you find our Top 10 Popular Tourist Attractions in Paris list helpful and we hope it inspires you to visit Paris if you’ve never been before.

There are many hotels in Paris where you can stay should you decide to visit and don’t forget there are also several campsites in Paris which are cheaper to stay at than you think. 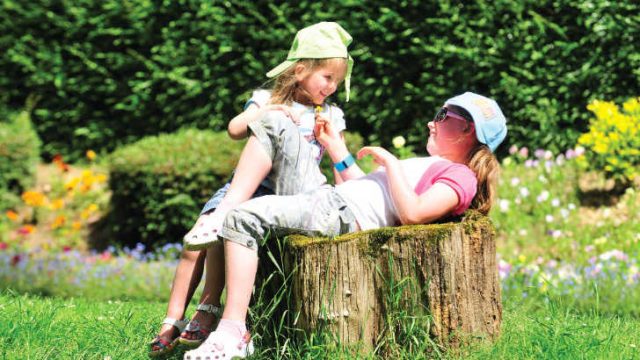 Easter Holidays and breaks are becoming more popular year after year for those wishing to get away for a camping holiday in France. By the time the Easter holidays come around, last years summer holiday and even the Christmas break will seem like a lifetime away. Many families use the Easter holidays as a time to save money and take a short break abroad to recharge. 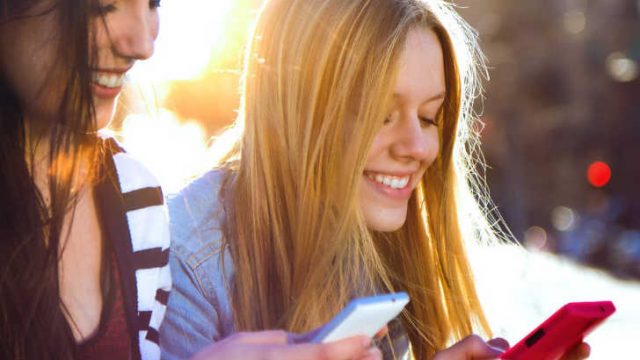 One thing that never crosses your mind until it’s too late is Gadget Insurance. It’s now very common for people to own more than one gadget but do we ever think about getting them insured? We’ve heard various stories over the past year involving families travelling to France on holiday who’ve taken their gadgets with them…keeping the children entertained in the car.