The UEFA Euro 2016 Championships are fast approaching with the tournament set to take place in France from the 10th June – 10th July 2016.

Next year will be the third time France has had the honour of hosting the UEFA Euro Championships and for the first time in history, the Championship will have 24 teams from across Europe competing instead of the usual 16.

As with all football competitions the football stadiums used to host each of the games are scattered across France to ensure that a variety of cities get a piece of the action. There are so many beautiful and wonderful cities in France we wouldn’t be surprised if they had an awful job selecting which ones to use. If you’re looking for accommodation near to these cities then a Eurocamp Campsite or Canvas Holidays Campsite could be for you.

The ten cities that have been selected to host the various group stages, quarter-final, semi-final and of course the final are Saint-Denis, Paris, Marseille, Lyon, Lille, Bordeaux, Saint-Etienne, Nice, Lens and Toulouse.

With France being so close and the competition being so popular it’s a good idea to make sure you book your UEFA Euro 2016 accommodation early and that’s where we at Go Camp France can help!

There are so many different types of accommodation to choose from when looking to stay in France from gite’s and houses to B&B’s to Hotels so why would you choose camping in France?

Well, there are many different reasons why camping is such a good idea for Euro 2016. If you’re planning on making a family holiday out of it, there are plenty of great facilities to keep the family happy in-between, before and after games including swimming pools, various sporting activities and much much more.

Many campsites also allow single-sex groups and couples and those people travelling alone so you’re bound to be able to find somewhere to suit.

Finally we have selected a variety of campsites in France, located near to the football stadiums where you can book the accommodation, whether it be a lodge, mobile home or tent or you can book a pitch only where you’ll be able to take your own tent, caravan or mobile home and just make the most of the facilities.

Make the most of Euro 2016 and experience French culture, food and history from a campsite in France. Book now to get the best campsites at the best prices before they run out!

The Stade de France is located in Saint-Denis which is a suburb of the capital Paris and is the largest stadium to be used for the football competition boasting a capacity of 80,000. The Stade de France was opened in 1998 and will host the opening match and Final as well as being used for the group stages and quarter-finals. There are a number of different campsites located within close proximity including La Croix du Vieux Pont and International which can be used if you need accommodation and Campsite Le Village Parisien Varreddes or International if you are looking for a pitch only campsite for your own tent, mobile home or caravan. If you still fancy staying in a hotel then search here for hotels in Paris.

The Parc de Princes is located in Paris and is the home to Paris St Germain football club. The Stadium has a capacity of 45,000 and will be used for the group stages of the competition. As the Parc de Princes stadium is also in Paris the campsites are the same as with the Stade de France so you can choose from La Croix du Vieux Pont and International which can be used if you need accommodation and Campsite Le Village Parisien Varreddes or International if you are looking for a pitch only campsite for your own tent, mobile home or caravan. If you still fancy staying in a hotel then search here for hotels in Paris

The Stade Velodrome was originally built in 1937 was renovated in 2014 to bring it up to an excellent standard. The stadium is currently home to Olympique de Marseille football club and boasts a capacity of 67,000. Stade Velodrome will be host to the group, quarter final and semi-final matches during the competition. There are no campsites with the immediate vicinity of Marseille but we do have some that are nearby including La Baie des Anges Campsite. If you still fancy staying in a hotel then search here for hotels in Marseille

The Stade des Lumiers will be completed this year and will be the home to Olympique Lyonnais football club. Located some 10km to the east of Lyon city centre, the stadium will have a capacity of around 58,000 and will be one of the most modern and impressive grounds to be used in the football competition. At Lyon, you’ll be able to see both group stage and semi final matches. We’ve chosen one campsite nearby where you can either book accommodation or just a pitch only if you’re taking your own tent, caravan or mobile home. Take a look at Campsite Les 3 Lacs du Soleil. If you still fancy staying in a hotel then search here for hotels in Lyon

The Stade Pierre Mauroy can be found around 6km to the south-east of Lille city centre in the suburb of Villeneuve d’Ascq. Stade Pierre Mauroy was opened in 2012 and boasts a capacity of around 50,000. Fans will be able to see a variety of group stage matches and quarterfinals at the stadium. Unfortunately, there aren’t many campsites available near to Lille so we’d recommend either staying in Paris and using the brilliant rail network to visit Lille for the match or pop over to Hotels.com to find yourself a hotel.

The Stade de Bordeaux is one of the countries newer stadiums having been completed in 2015. The stadium is located just to the north of the main city and boasts a capacity of around 42,000. Both group stage matches and quarterfinal matches can be seen at the Stade de Bordeaux. Campsites near to Bordeaux with accommodation include Cote D’Argent and La Rive and if you’re looking to take your own tent, caravan or mobile home you can choose from Campsite des Familles or if you still fancy staying in a hotel then search here for hotels in Bordeaux

The Stade Geoffroy-Guichard was originally opened in 1931 but has undergone a variety of renovations over the years and now boasts a 42,000 capacity. The stadium is located around 2km to the north of Saint-Etienne city centre and will be hosting some of the group stage matches. If you’re looking for campsites with accommodation or where you can book a pitch only near to Saint Etienne then take a look at We’ve chosen two campsites nearby where you can either book accommodation or just a pitch only if you’re taking your own tent, caravan or mobile home. These are Campsite Les 3 Lacs du Soleil and Campsite Château de Grange Fort. If you still fancy staying in a hotel then search here for hotels in Saint Etienne

The Stade de Nice was opened in 2013 and is another one of the smaller stadiums to feature 2016 football matches. Located to the east of the centre of Nice, the Stade de Nice has a capacity of 35,000 and will feature group stage matches during the competition. Campsites near to Nice include Green Park. If you still fancy staying in a hotel then search here for hotels in Nice

The Stade Bollaert-Delelis is located in the centre of Lens which can be found just to the southwest of Lille in the north of France. The stadium is slightly smaller than some of the others with a capacity of around 35,000. Only group stage matches can be seen at the stadium during the competition. Unfortunately, there aren’t many campsites available near to Lens so we’d recommend either staying in Paris and using the brilliant rail network to visit Lens for the match or pop over to Hotels.com to find yourself a hotel.

The stadium Toulouse can be found in the centre of the city and is the smallest stadium to be used for the competition with a capacity of just 33,000. The stadium will be used for group stage matches only. We’ve picked some campsites near to Toulouse including Campsite Le Camp de Florence and Campsite Lac des Trois Vallées or if you still fancy staying in a hotel then search here for hotels in Toulouse.

Wherever you choose to stay during the UEFA Euro 2016 competition there’s one thing you’re guaranteed to have and that’s fun! We hope you find our information useful and have a great time from all of us at GoCampFrance. Don’t forget to check out the latest football tournament the Women’s 2019 World Cup. 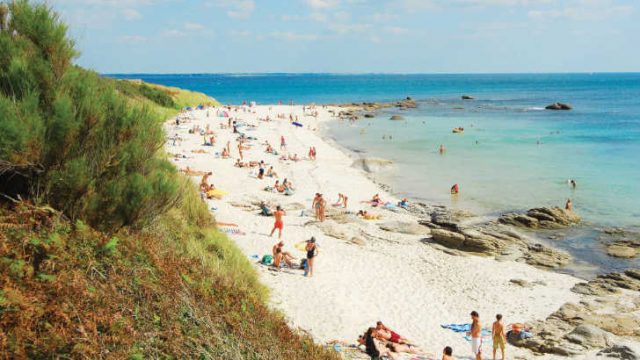 We’ve put together below, a list of our favourite top ten beach holiday campsites in France because we know that one of the first things most families look for when booking a camping holiday to France is the distance to a good quality beach. Most peoples first thought when you mention a beach holiday in France is one of the many quality campsites located in the south of France. 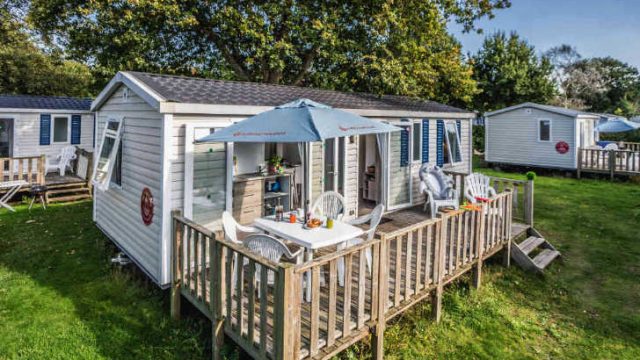 Al Fresco Holidays Vivaldi mobile homes are one of the larger styles of accommodation from Al Fresco Holidays. Furthermore as the Vivaldi is so popular you’ll find it across many campsites in France and Europe. 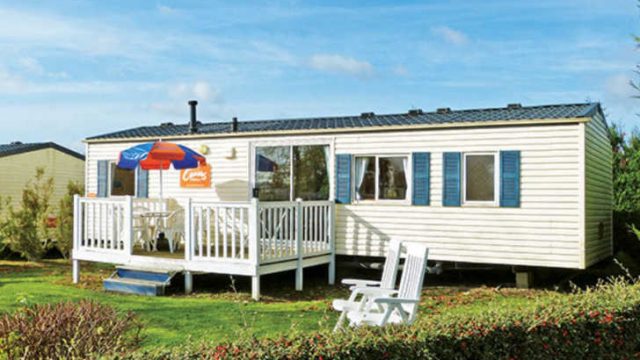 The Canvas Holidays Select range of mobile homes are one of the larger styles of accommodation that is available from Canvas Holidays across their campsites in France and Europe. Within the Select range there are 3 different models for you to choose from. Each Select mobile home offers a variety of different options, styles and sizes to cater for all budgets and tastes.