The Rugby World Cup 2023 is set to take place in France between 8 September and 28 October 2023. The competition will be the 10th rugby world cup to take place and will be held in the year that marks the 200th anniversary of the creation of the sport which was started by William Webb Ellis.

Twenty teams will battle over the 7 week period to see who will be the champions of 2023. South Africa will be defending the title which they won in the final against England in Yokohama, Japan in 2019. Meanwhile, France as the host nation will try to be the home champions, not seen since New Zealand won as hosts in 2011.

France has their work cut out however with the opening game of the competition and their first group stage game being against the dreaded All Blacks, New Zealand.

France was last host to the Rugby World Cup in 2007 when they came second in their Group stage. Their onward journey failed to improve when they lost to England 14 to 9 before coming fourth overall losing to Argentina 34 to 10 at the Stade de France. France will no doubt be hoping to beat this in the competition in 2023.

The cities that have been chosen to host the various group stages, quarter-final, semi-final, and of course the final are Saint-Denis (Paris), Marseille, Lyon, Lille, Bordeaux, Saint-Etienne, Nice, Nantes, and Toulouse.

As with all Rugby World Cup competitions the stadiums used to host each of the games are scattered across France to ensure that a variety of cities get a piece of the action. There are so many beautiful and wonderful cities in France we wouldn’t be surprised if they had an awful job selecting which ones to use.

Luckily with France being a short trip across the channel, attending the fixtures themselves or just visiting the area to soak up the atmosphere is easier than you would think. Booking a hotel or campsite near any of the stadiums not only gives you a great chance to enjoy the rugby but also allows you to have a fantastic holiday or short break in a beautiful part of Europe.

With the competition being so popular it’s a good idea to make sure you book your 2023 Rugby World Cup accommodation early and that’s where we at Go Camp France can help!

There are so many different types of accommodation to choose from when looking to stay in France. You could choose a gite, cottage, hotel, B&B or even a chateau so why would you choose camping in France?

Camping is the perfect choice for a number of different reasons. Firstly, If you’re planning to take your family with you, you’ll find a great range of facilities to keep them happy. Whether you’re wanting something to do before or after a game or they plan on staying at the campsite whilst you see the big match you’ll find swimming pools, various sporting activities and much much more all on-site.

Many campsites also allow single-sex groups and couples and those people travelling alone so you’re bound to be able to find somewhere to suit your needs.

Finally, there are lots of campsites in France, many of which are located near to the stadiums. Whether you want to book a mobile home or tent or take your own tent, caravan or motorhome there’s something for everyone.

In the Rugby World Cup Venue section below we list the stadiums and each of the games taking place along with some campsites nearby to each to help.

Which teams will compete at the 2023 Rugby World Cup?

The Rugby World Cup 2023 will see 20 teams compete to see who will lift the winner’s trophy. France naturally qualified automatically due to them being the host nation whilst 11 others gained qualification due to their finishing places after the 2019 RWC. These include New Zealand, Italy, South Africa, Ireland, Scotland, Wales, Australia, Fiji, England, Japan and Argentina.

The remaining 8 places within the competition will be made up of representatives from Oceania, Europe, and the Americas which will be decided by regional competitions in 2022 and we will obviously update this article at that time.

Each team has already been placed into its pool for the group stages of the competition as listed below.

Each of the Rugby World Cup 2023 fixtures will be held in one of 9 stadiums across France. These stadiums were chosen as they are some of the best in France and will provide the perfect venue for the matches that lay ahead.

The Stade de France is located in Saint-Denis which is a suburb of the capital Paris and is the largest stadium to be used for the Rugby World Cup. It boasts a capacity of approximately 81338 and is perfectly located for those travelling from the UK with direct flights from around the UK, easy access by train, and of course great road routes from the cross channel ferry ports.

It’s not surprising that France’s premier stadium is going to be used for a variety of matches including the opening game between France and New Zealand, the semi-finals, and the subsequent final game of the competition.

There are a number of different campsites located within close proximity including La Croix du Vieux Pont, Camping Maisons Laffitte and Parc des Roches, which can be used if you need accommodation or Campsite Le Village Parisien Varreddes or Camping Maisons Laffitte if you wish to take your own tent, caravan or motorhome. You can also book a hotel in Paris if you wish.

Fixtures taking place at the Stade de France include:

The Stade Velodrome was built originally in 1937 but was substantially renovated in 2014 to bring it up to modern standards. The stadium you see today is one of the best in the area and it’s not surprising and it’s been chosen that’s one of the nine stadiums to feature in the Rugby World Cup 2023.

With a capacity of approximately 67,394 Stade Velodrome will be host to a number of pool games along with quarter-final 1 and quarter-final 3 which will see the winners of pools C and D up against the runners-up of the same group.

There are no campsites in the immediate vicinity of Marseille but we do have some that are nearby including Domaine de la Sainte Baume. You can also book a hotel in Marseille if you wish.

Fixtures taking place at the Stade Velodrome include:

Parc Olympique Lyonnais also know as the Groupama Stadium and Stade de Lyon is located around 10 km to the east of Lyon city centre. The stadium boasts a capacity of approximately 59,186 and is one of the most modern and impressive stadiums to be used for the competition.

Parc OL is the venue for the pool group matches from pools A and C. We’ve chosen one campsite nearby where you can either book accommodation or just a pitch only if you’re taking your own tent, caravan or mobile home, Campsite Lac des 3 Vallees. You can also book a hotel in Lyon if you wish

Fixtures taking place at the Parc Olympique Lyonnais include:

The Stade Pierre Mauroy is 6km to the south-east of Lille city centre in the suburb of Villeneuve d’Ascq.

Stade Pierre Mauroy was opened in 2012 and boasts a capacity of around 50,186. It was renamed in 2013 after the death of the former mayor and prime minister of France Pierre Mauroy.

The stadium will host a number of games from pools A, B, and D including 2 of England’s matches.

Unfortunately, there aren’t many campsites available near Lille so we’d recommend either staying in Paris and using the brilliant rail network to visit Lille for the match. You can also book a hotel in Lille if you wish.

Fixtures taking place at the Stade Pierre Mauroy include:

Stade de Bordeaux is one of France’s newer stadiums having been constructed in 2015. Also known as Matmut Atlantique the stadium is located just to the north of the main city and boasts a capacity of around 42,000.

The stadium will host a number of games from pools B,C and D featuring teams including Wales and Ireland.

Campsites near to Bordeaux with accommodation include Cote D’Argent and La Rive and if you’re looking to take your own tent, caravan or mobile home you can choose from Campsite des Familles. You can also book a hotel in Bordeaux if you wish.

Fixtures taking place at the Stade de Bordeaux include:

The Stade Geoffroy-Guichard was originally opened in 1931 but has undergone a variety of renovations over the years and now boasts a 42,000 capacity.

The stadium is located around 2km to the north of Saint-Etienne city centre and will be hosting some of the matches from pools A, C, and D including Italy and Australia.

We’ve chosen one campsite nearby where you can either book accommodation or just a pitch only if you’re taking your own tent, caravan or mobile home, Campsite Lac des 3 Vallees. You can also book a hotel in Saint-Etienne if you wish.

Fixtures taking place at the Stade Geoffroy-Guichard include:

The Stade de Nice, also known as the Allianz Riviera was opened in 2013 and is one of the smaller stadiums to feature in the Rugby World Cup 2023 in France. Located to the east of the centre of Nice, the Stade de Nice has a capacity of 35,000 and will feature games from each pool of the competition including Wales, England, Italy, and Scotland.

Campsites near to Nice include Green Park. You can also book a hotel in Nice if you wish.

Fixtures taking place at the Stade de Nice include:

The Stade de la Beaujoire is located in Nantes on the west coast of France. The stadium was originally built in 1984 but was substantially renovated in 1998 just prior to the World Cup.

With a capacity of 35,322, the stadium will be the venue for a number of matches from pool B, C, and D and will feature teams such as Ireland, Argentina, Wales, and Japan.

Nantes benefits from having a lot of fantastic campsites within a short distance including Siblu Camping Les Pierres Couchees and Campsite Les Ecureuils. You can also book a hotel in Nantes if you wish.

Fixtures taking place at the Stade de la Beaujoire include:

The stadium Toulouse can be found in the centre of the city and is the smallest stadium to be used for the Rugby World Cup and has a capacity of just 33,000.

The stadium will be used for pool stage matches only but will feature teams from pools A, C, and D including teams such as Japan, New Zealand, and Fiji. We’ve picked some campsites near Toulouse including Le Chene Vert and Campsite Lac des Trois Vallées. You can also book a hotel in Toulouse if you wish.

Fixtures taking place at the Stadium Municipal include:

Please note that Go Camp France is in no way associated with the Rugby World Cup and we only provide useful information about it. 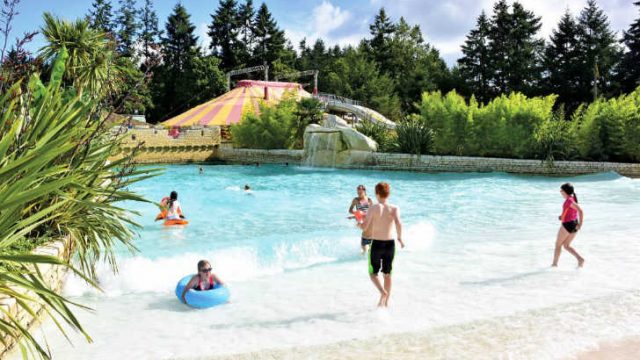 Les Ormes, formally known as Domaine des Ormes or Chateau des Ormes is a campsite located in Dol de Bretagne, Brittany that we recently visited during the Easter break. We booked Les Ormes as it opens at the beginning of April and offers, not only a wide range of on site activities but also because of its location and the wide range of places to visit nearby. 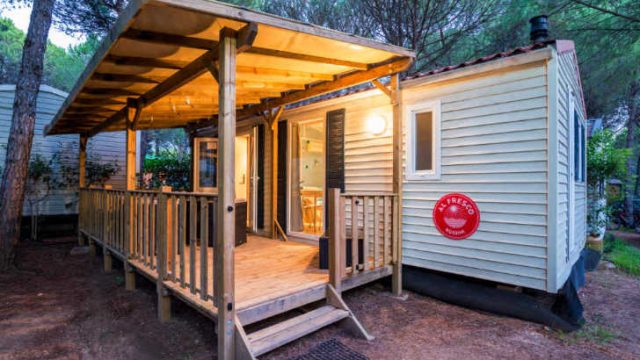 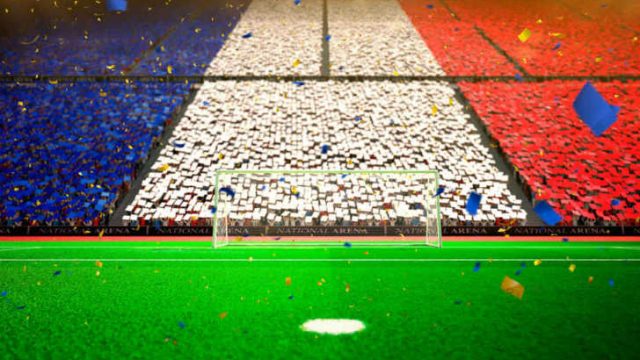 The Women’s World Cup 2019 is fast approaching with the tournament set to take place in France from the 7th June – 7th July 2019. Next year will mean France is only the forth country to have the honour of hosting both the mens and women World Cup.